Posted on September 15, 2011 by Gail Langstroth 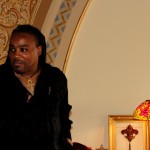 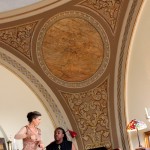 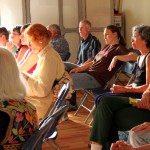 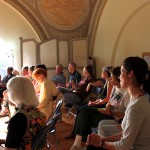 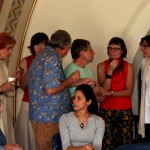 For forty years, American poet, eurythmist and stage artist Gail Langstroth has collaborated and performed with international artists in North and South America, Japan, Spain, Germany, Russia, and Romania. One of her performance-pieces, Rivelets, won First Prize at the 2002 Teatro La Scala competition in Basel, Switzerland. In ONEWORD, (The New York International Fringe Festival, 2008), she performs crucial moments experienced through her life journey. Along with vocalist and percussionist, Fred Johnson, Ms. Langstroth brings contemporary poetry to the stage in DRUMSONG. Educated in the United States, England, Germany, and Spain, Langstroth is also a trilingual lecturer on such subjects as Juan Ramón Jiménez, the Unicorn Tapestries, and the roots of the new movement art Eurythmy. Ms. Langstroth recently received her MFA in poetry at Drew University, Madison, NJ. She resides in Baltimore, MD where she divides her time between writing, performance and teaching.
View all posts by Gail Langstroth →
This entry was posted in Baltimore, Maryland. Bookmark the permalink.