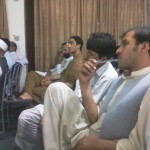 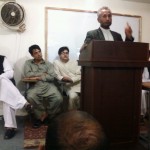 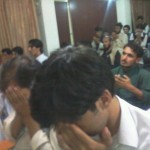 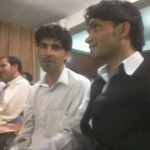 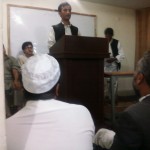 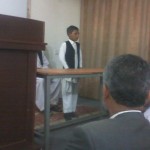 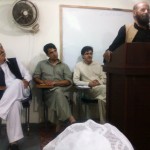 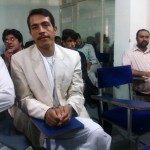 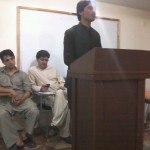 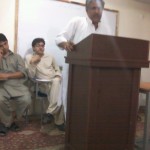 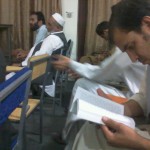 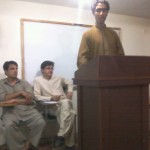 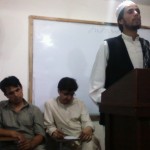 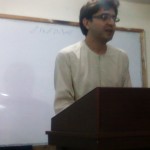 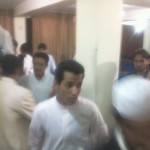 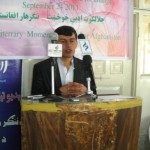 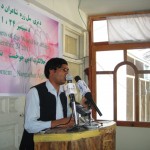 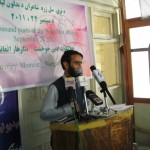 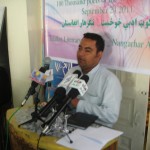 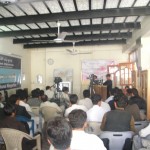 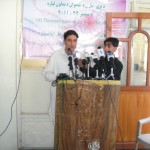 Jalalabad Poetry session for the 100 Thousand Poets of the World

In this poetry session 100 poets of the eastern region participated. The poetry session had been arranged at the yard of Nangarhar Media House where The Jalal Kot Literary Movement holds their weekly Friday morning session.

To begin the session, Mahmood Khazan recited a few verses of The Holy Quran.

Then director of The Jalal Kot Literary Movement, Irshad Raghand, was invited to give an opening speech and welcome the guests. Irshad Raghand expressed his happiness about this gathering and explained that through the efforts of the The Jalal Kot Literary Movement we are able to host the 100 Thousand Poets of the World (100 Thousand Poets for Change) poetry session in Nangarhar Province and all around Afghanistan.

Mr Raghand expained that 100,000 Poets for Change is working to bring change to the world and explained the general purpose of the 100 Thousand Poets movement, and told why this movement wants change in the world . Raghand said, as a followers of Islam we want the equanimity of humanity, and also as Afghans poets we want to bring an end to the current crisis in the world.

The director of The Jalal Kot Literary Movement called on all Afghan writers and poets to work toward bringing an end to suicide attacks, and bombings and the many other actions that have caused the killing of Afghan people (Pashtoons), and to demonstrate to the world that Afghans are not terrorists, that they hate war and want a peaceful life, they have suffered many victims, and have seen great suffering and want to see an end to violence.

Then the good poet and writer Hijratullah Ekhtiyar gave some information about the poetry session, mushaira, and said that today the 100,000 Poets of the World (100 Thousand Poets for Change) has organized in over 500 cities, and they are many poets reading poems to bring about an end to the current crisis situation in the world.

Most poems of the session were focused on the current war in Afghanistan and many poets were calling for permanent peace in Afghanistan.

At the end of poetry session the professor of the Nangarhar University and the reporter of Radio Azadi in the eastern zone, Ostad Dawood Wafa, was invited to give a summary and evaluation of this session. He praised this event and many others efforts of Jalal Kot Literary Movement. He said that this poetry session was very good, in quality and quantity, and he added that Jalal Kot Literary Movement is the only foundation which has a regular literary session in the eastern region. This ended the poetry session.

It is important to note that the poetry session was broadcast live by two local radio stations (Hamisha bahar) and (Nan) beside that stations Shamshad TV, Afghan News, Nangarhar National TV, Radio Azadi, Inikas Radio, Khabaryal website and Nanani Afghanistan website has also published the report of session on that day.

Not to forget that Jalal Kot Literary Movement has two important poetry session one  at the Kama District of Nanagarhar  and the second one was about (Eid al-Fitr) before that session.

Not including special sessions The Jalal Kot Literary Movement has done 50 weekly sessions.

In a few days this movement will complete its first year and the members of the movement plan to meet and plan for next year with intentions of expanding its areas of  activities.

They (Pashtoons) should learn and know the question of their existence

They (Pashtoons) should learn and know the question of their existence
We should hold a mirror to their faces, so they will know themselves, know who they are

One day in the future they will be the enemies of darkness
And friends with the light
If you want to have peace, oh terrorists of the world!
Let my children carry their back packs, let them go to school

You can keep the sky. The sky is is too extravagant for us .
We are happy enough to have the shelter over our heads
People of the world, do not destroy that shelter.
This what we really need.

Oh Pastoon! Enthusiasm and Education is the obligation of this world
You should keep your finger on the pen, the gun on your shoulder
(In Pashtoon Society the GUN is the sign of ENTHUSIASM)
Oh Ekhtyar! Your silence will kill you and you will be hidden away.
You need to shout with zeal!